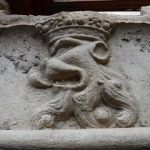 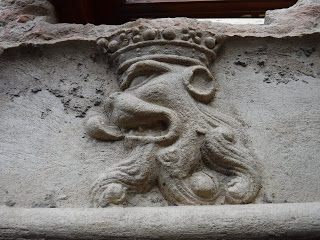 As part of the research for my new book, “Brandon – Tudor Knight”, I decided to travel to Suffolk to see what I could uncover about his manor house at Westhorpe. Their manor house features prominently in my new book, as well as in my previous book, Mary – Tudor Princess. Although, like many Tudor houses, it was demolished in the mid-eighteenth century, I was keen to see what I could learn from the site and its location in the Suffolk landscape. Westhorpe became the main residence for the Brandon family up to the time of Mary’s death. Charles Brandon had been made Duke of Suffolk by King Henry VIII and built Westhorpe using Mary’s French dower income. He used the moated site of the former de la Pole property, although the new building was on a grander scale.

When Mary died her French income ceased and Brandon found himself back in debt to the Crown. He was soon remarried to his young ward, the wealthy heiress Catherine Willoughby, and his Suffolk manor and house were taken over by royal trustees in 1535. An inventory of the property taken three year later in 1538 records a moated house of brick decorated with terracotta panels, built round an open courtyard one hundred and twenty-six feet square. The main range of the house on the eastern side was approached from the west over the moat by an arched bridge, the lower parts of which survive to this day. 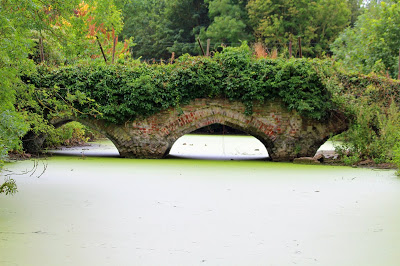 Brandon’s Tudor Bridge, with an algal bloom over the moat (due to the heatwave)

The 1538 inventory describes a central brick gatehouse with battlements and turrets three storeys high, flanked by three rooms, terminating in corner towers, and that:

A feature of the house was an internal corridor with windows overlooking a large central courtyard. On the south side were four main rooms, linking at the east end with the service rooms at the lower end of the Hall. The east range contained the Hall, measuring some seventy feet long, with mullioned bay windows onto the courtyard, with service rooms and five other rooms over which was the Brandon’s Great Chamber, with large bay windows to the east and west. A dining chamber overlooked a garden to the east, which is thought to have been designed in the French style, like those Mary would have known in the royal palaces of Paris. A tower and private chapel (where Mary lay in state from 25 June until 21 July, 1533) formed the north eastern corner.

The buildings now on the eastern edge of the moat are on the site of the Tudor kitchens, boiling house, pastry house, scalding house and wet and dry larders. When the house was being demolished in the late 1760s, Westhorpe was visited by the antiquarian Thomas Martin of Palgrave, who wrote:

‘I went to see the dismal ruins of Westhorpe Hall, formerly the seat of Charles Brandon, Duke of Suffolk. The workmen are now pulling it down as fast as may be, in a very careless and injudicious manner. The coping bricks, battlements and many other ornamental pieces, are made of earth, and burnt hard, as fresh as when first built. They might, with care, have been taken down whole, but all the fine chimnies, and ornaments were pulled down with ropes, and crushed to pieces in a most shameful manner. There was a monstrous figure of Hercules sitting cross legged with his club, and a lion beside him, but all shattered in pieces. The painted glass is likely to share the same fate. The timber is fresh and sound, and the building, which was very lofty, stood as when it was first built. It is a pity that care is not taken to preserve some few of our ancient fabrics.’

In 1839 John Wodderspoon, in Historic Sites and Other Remarkable and Interesting Places in the County of Suffolk noted that:

‘The Hall of Westhorpe was of large dimensions and had attached a chapel with cloisters in which existed a fine window of stained glass. The gardens of large extent were kept in the style of the continental pleasure grounds, the princess having imbibed a taste for the quaint conceits of the French mode of gardening by her brief sojourn in France. The whole building is however removed.’ 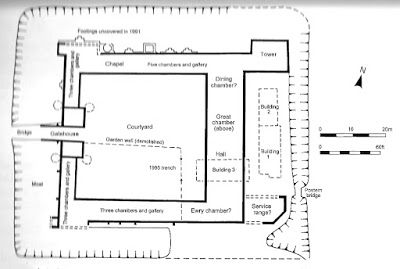 Westhorpe Hall drawing by Sue Holden based on archaeological evidence

In 1988 trial excavations were undertaken to establish the accuracy of the earlier descriptions and measurements, principally by examining the gatehouse. Part of the cobbled floor of the gatehouse was exposed, as well as part of the inner courtyard. Exploratory trenches were excavated on the inner edge of the moat adjacent to the bridge. These revealed the walls of the southern half of the gatehouse, which appeared to be twenty-two feet square. The walls varied from 60 to 90cm in width and were built up on three courses of brick footings. This building was bonded into the moat wall. Another trench was dug next to the southern arm of the moat, with the intention of finding the wall of the outer court. The moat wall was located and at its eastern end it was built over by several later walls. At its west end the moat wall formed a straight join with a wall made of re-used Tudor building materials of terracotta, glazed floor-tile and brick.

The pottery recovered was mostly early to mid 18th century, coinciding with the final phase of occupation, although several Tudor sherds were found. Quantities of roof tiles and two sizes of brick were also found. Amongst these were fragments of moulded bricks, including a moulded mullion. Green-glazed floor-tile was found in the gatehouse and red-glazed ones were re-built into a later wall. Much terracotta was discovered, confirming the extensive use of terracotta decorations as described in the demolition account. Several pieces, including a panel and a capital, were found in the gatehouse area. A large fragment of a window mullion was recovered and many small fragments of roll mouldings and panel were found.

In 1990 the Suffolk County Council archaeological service undertook more investigation of the site following de-silting of the eastern arm of the moat. This included excavation of the base of the north-eastern tower, which consisted of flint and mortar with stone quoining, on a foundation of crushed building material over a raft of elm planks on timber piles. It was estimated that the tower measured 10 metres (32.8ft) by 8.5 metres (27.9ft). In 1991 a grant was obtained as part of an English heritage project to pump the moat dry and recover and study the terracotta fragments. These proved to be press-moulded, which might explain the reversal of the crosses on Brandon’s coat of arms over the doorway of the present building: 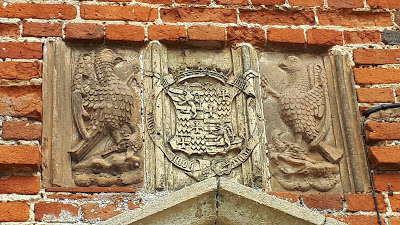 Westhorpe Hall moated site and associated fishponds were scheduled in July 1999 under the Ancient Monuments and Archaeological Areas Act 1979 and deemed to be of national importance. The listing states that the moated site of Westhorpe Hall is of particular historical importance because of its association with Charles Brandon and his wife, and the surviving descriptions of the great house which he built here show that it was an outstanding example of early 16th century domestic architecture. The listing adds that evidence recorded in limited excavations on the site and in the desilting of part of the moat, in addition to the remains visible around the central platform have demonstrated that the monument retains much archaeological information concerning this house, including a large quantity of architectural and decorative terracotta.

After living with every detail of Mary and Charles Brandon’s lives for the past four years it was amazing to walk in their footsteps over the Tudor bridge which they crossed so often. The village of Westhorpe is a beautiful place and although it is a shame the Tudor manor house was demolished, I am grateful to Patrick Barker for his time and allowing me full access to such a fascinating site.

Note among the papers of Thomas Martin (d. 1771). quoted in Edward Wedlake Brayley and John Britton (1813). The Beauties of England and Wales (Suffolk, p 203), and in John Wodderspoon (1839). Historic Sites and Other Remarkable and Interesting Places in the County of Suffolk.

Suffolk Institute Report and notes on some findings, 2002 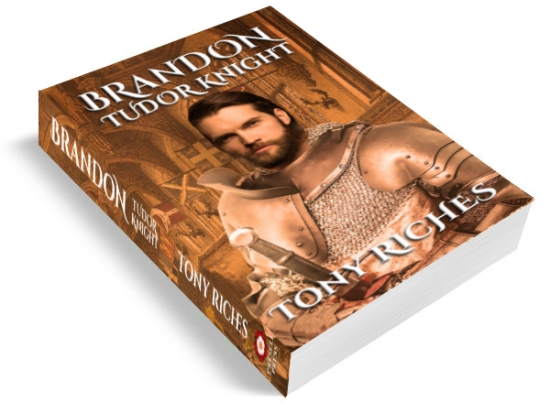 New on Amazon UK and Amazon US

From the author of the international bestselling Tudor Trilogy comes a true story of adventure, courtly love and chivalric loyalty.

Handsome, charismatic and a champion jouster, Sir Charles Brandon is the epitome of a Tudor Knight. A favourite of King Henry VIII, Brandon has a secret. He has fallen in love with Henry’s sister, Mary Tudor, the beautiful widowed Queen of France, and risks everything to marry her without the King’s consent.

Torn between duty to his family and loyalty to the king, Brandon faces an impossible decision: can he accept Anne Boleyn as his new queen?

Tony Riches is a full-time UK author of best-selling historical fiction. He lives in Pembrokeshire, West Wales and is a specialist in the history of the Wars of the Roses and the lives of the early Tudors. Tony was a finalist in the 2017 Amazon Storyteller Awards and is listed 130th in the 2018 Top 200 list of the Most Influential Authors. For more information about Tony’s books please visit his website tonyriches.com and his popular blog, The Writing Desk and find him on Facebook and Twitter @tonyriches