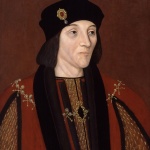 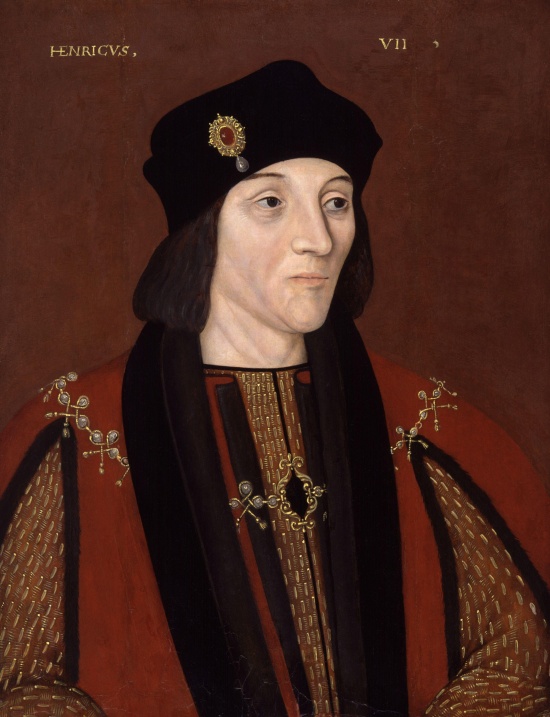 The Freelance History is delighted to welcome Tony Riches to the blog with a guest post about a much overlooked English king. Tony is the author of many medieval fiction books. For more information about his work, see the end of this post. An now, over to Tony.

During the research for my trilogy about the early Tudors, I discovered many little known facts about one of our most overlooked kings, Henry Tudor. Here are a few of my favourites:

1. Instead of Tudor, Henry could have been called ‘Tidder’ or ‘Tetyr’ or even Tewdwror. It seems the name Tudor was a simplification used by scribes in the time of Henry’s grandfather, Owen Tudor.

2. After his victory at the Battle of Bosworth Henry led a procession through the narrow streets of York, where he was attacked by a man with a dagger. His bodyguards saved him but his reign was nearly over before it began – and he later travelled with some fifty ‘Yeomen of the Guard’ for protection.

3. Henry didn’t invent the ‘Tudor rose’ – the combined red and white roses had long been known as symbols of the Virgin, representing sacrifice and purity – he simply adopted it as his ‘branding’.

4. Henry loved gambling with cards and dice and lost huge sums more often than he won. He also kept detailed records of who he’d played against (which included his wife, Elizabeth of York)– and how much he’d lost.

5. As well as lions and other dangerous animals, which he kept at the Tower of London, Henry kept a pet monkey, thought to be a marmoset, in his private chambers. One day he discovered it had torn up his detailed diary, so there is a gap in his meticulous records.

6. When the pretender Perkin Warbeck was finally captured, Henry was so enamoured of Warbeck’s wife, Lady Katheryn Gordon, that he kept them both in his household – but wouldn’t let them sleep together. He also bought Lady Katheryn expensive dresses and she became a close companion and confidante, even after Henry had her husband executed.

7. Henry nearly lost his crown to a mob of Cornish rebels, who marched on London in an armed protest against his tax raising. More men joined them on the way and the rebels reached Blackheath before they could be stopped.

8. Henry kept various ‘fools’ to entertain his court, including one named ‘Diego the Spaniard’ (possibly as a joke at the expense of Catherine of Aragon’s father, King Ferdinand, who failed to provide the dowry he’d promised.)

9. At Christmas 1497 Henry and his family were woken in the night by a fire in his private chambers at Sheen Palace. They barely escaped with their lives but the old palace was ruined and Henry had it rebuilt as the Palace of Richmond.

10. Towards the end of his life Henry suffered from a throat disease referred to as ‘the quinsy’ which his physicians treated (unsuccessfully) with a remedy of celandine, fenugreek and hedgehog fat.

Further reading: “Henry VII” by Stanley B. Chrimes, “The Tudor Age (1485-1603)” by John Guy, “The Oxford History of Britain” by Kenneth O. Morgan, “Winter King – Henry VII and The Dawn of Tudor England” by Thomas Penn

About the Author:
Tony Riches is the author of the best-selling Tudor Trilogy as well as other historical fiction set in the medieval era. He lives by the sea in Pembrokeshire, West Wales with his wife and enjoys sea and river kayaking in his spare time. For more information about Tony’s other books please visit his popular blog, The Writing Desk and website www.tonyriches.com and find him on Facebook and Twitter @tonyriches. The Tudor Trilogy is available on Amazon UK Amazon US and Amazon AU