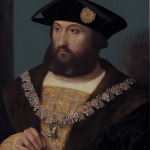 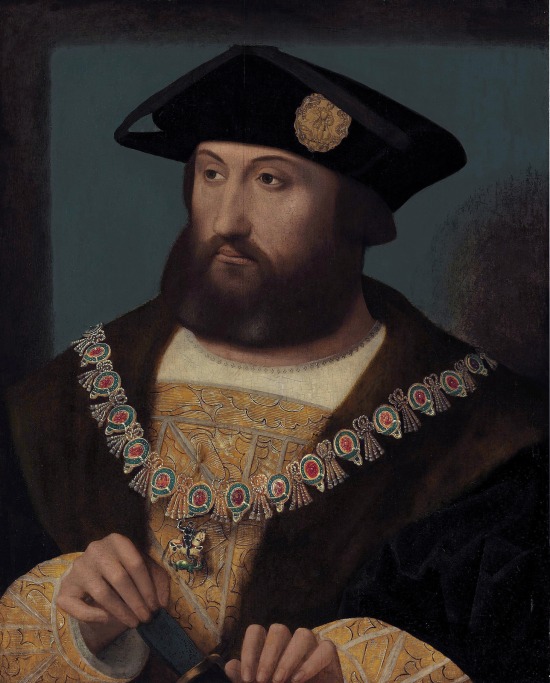 I’m delighted to welcome Sarah Bryson to The Freelance History Writer blog to share an article.

Charles Brandon, Duke of Suffolk was a fascinating man. Coming from relatively humble beginnings thanks to the early guidance of his Uncle Thomas and his own wits and skills, Brandon quickly rose through the Tudor court to become one of the most prominent members. He was known to be King Henry VIII’s beloved friend and for eighteen years he was even the King’s brother in law!

In his youth Brandon was one of the most dashing men of his age, some even said that he resembled the King so much that he could have been his bastard half-brother. He was one of the best jousters in Europe and excelled in other physical pursuits. He was also well known to women, notably marrying four times!

Throughout his life, Brandon also had a remarkable military and court career. He fought in a number of battles against the French, even leading the King’s army in 1544, just a year before his death. He was President of the Privy Council and one of the most well-liked men at court. Brandon used his wit and knowledge to further himself at court and to maintain his friendship with Henry VIII, a friendship that lasted until Brandon’s death.

1) Charles Brandon was born to William Brandon and Elizabeth Bruyn sometime during 1484. The exact date is not known nor the location, although it is strongly believed that Brandon was born in France while his parents were in exile there with Henry Tudor.

2) Brandon married his first wife Anne Browne at Stepney church. He later left her after the birth of their first daughter to marry Margaret Neville, Dame Mortimer – a woman almost double his age! On 7 February 1507, Brandon had licence of Dame Margaret’s lands and began to sell them off in quick succession, profiting over £1000. After seeking to have his marriage to Dame Mortimer annulled Brandon returned to Anne Brown and married her in a public ceremony at St Michael Cornhill. The couple had a second daughter before Anne tragically died in 1510.

3) In 1513 Charles Brandon flirted with Margaret of Austria, Duchess of Savoy causing a huge scandal by stealing a ring from her finger! Rumours spread that Brandon and the Duchess would marry which Henry VIII had to strongly deny.

5) On Candlemas Eve, 1st of February 1514, Charles Brandon, Viscount Lisle was formally invested as the Duke of Suffolk. The ceremony took place at Lambeth and was conducted by the King.

6) On the 1st January Mary Tudor’s husband, King Louis XII of France died after only three months of marriage. Charles Brandon was sent to France to bring Mary home. Before Brandon brought Mary back to England the couple married in secret. By marrying Mary, a Dowager Queen and English Princess, Brandon had committed treason as he had not first sought King Henry VIII’s permission to marry. After much stress and many letters back and forth across the Channel, the newly married couple were forgiven (after being required to return all of Mary’s dowry and pay an annual fine). They returned to Dover on the 2nd of May and are married again on the 13th of May at Greenwich in front of the King and Queen. 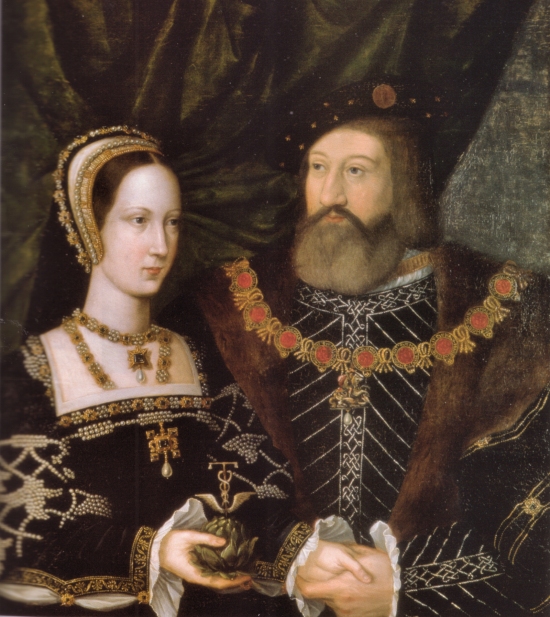 7) On the 7th September 1533, only three months after the death of his third wife Mary Tudor, Charles Brandon married Katherine Willoughby. Brandon was forty-nine and Katherine fourteen!

8) On October 1st 1536 The Pilgrimage of Grace began. Over the coming weeks, it was reported that the rebels had gathered 40 000 men to support their cause. On the 9th of October, the rebels dispatched their petition of grievances to the King. Charles Brandon was chosen by Henry VIII as his lieutenant to keep an eye on the rebels. Brandon arrived in Huntingdon on 9th October at 6am, then on the 15th of October Henry VIII wrote to Brandon again detailing that he should instruct the rebels to surrender their weapons and give all the information they can about how the rebellion started and if they do so they would be dismissed without any further problems. By early 1537 the Pilgrimage was finally subdued and the rebels dispersed.

9) In 1544 Brandon was appointed Lieutenant and Captain General of the army in the war against France. He was tasked with the taking of Boulogne. Over a period of six weeks, he oversaw around 100,000 gun stones fired into the town. In addition to this tunnels and trenches were dug in order to assault the outer layers of the city. Boulogne finally surrendered on the 14th September 1544 at 10 am and a treaty was organised between Brandon and Messire Jacques de Coucy, seigneur de Vervins, the Captain of Boulogne. Brandon rode into Boulogne on the 14th to signal the surrender of the city.

10) On August 22nd 1545 at 4 o’clock in the afternoon, Charles Brandon died at Guildford. He wished to be buried in the college church of Tattershall in Lincoln without any pomp or display. However on Henry VIII’s orders, on the 9th of September, Brandon was buried at St George’s Chapel in Windsor near the south door of the choir at the King’s expense.

Sarah Bryson is a researcher, writer and educator who has a Bachelor of Early Childhood Education with Honours. She currently works with children with disabilities. She is passionate about Tudor history and has a deep interest in Mary Boleyn, Charles Brandon, the reign of Henry VIII and the people of his court. Sarah’s visit to England in 2009 furthered her passion and when she returned home she started a website, Sarah Bryson – Author, and her Facebook page La Reine Blanche about Tudor history. Sarah lives in Australia, enjoys reading, writing and Tudor costume enactment.