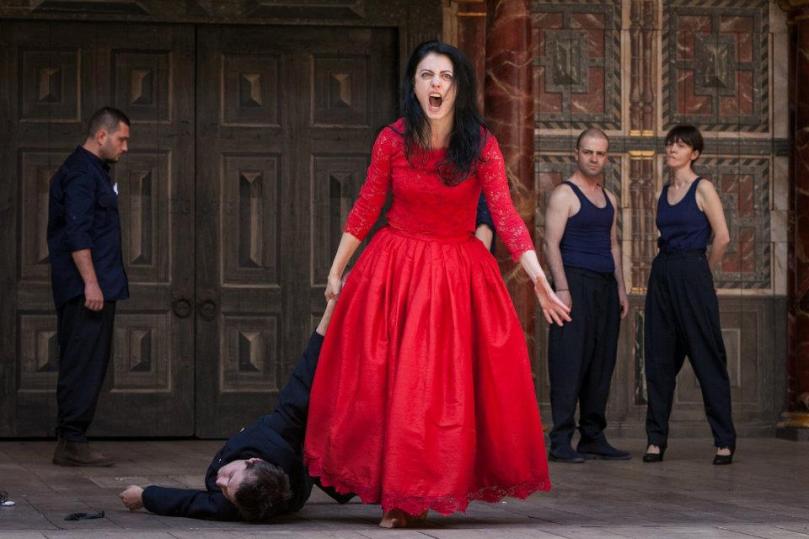 It is particularly apt to begin this exploration of the reputation associated with Margaret of Anjou (1430-1482) with a quote from Shakespeare. It is in his portrayals (in the Henry VI trilogy and in Richard III) where many people first encounter the woman who would become the wife of the Lancastrian King Henry VI of England and one of the key protagonists in the fifteenth century dynastic conflicts popularly known as the Wars of the Roses.

As summarised by Dorothea Kehler in “Shakespeare’s Widows”, Shakespeare’s Margaret is a “Foreigner, white devil, shrew, virago, vengeful fury”. Throughout the four plays in which she appears, Shakespeare consistently demonizes her as “a foul wrinkled witch’ and a ‘hateful with’red hag” and attributes a series of malevolent/immoral actions to her including adultery and cruelty. Margaret is seen in one scene wandering round Court clutching the severed head of her supposed lover the Duke of Suffolk and in another rubbing a cloth soaked in his son’s blood all over the Duke of York’s face before placing a paper crown on his head and stabbing him. This demonization is rarely countered in popular culture, despite its roots being firmly set in propaganda and having little relevance to historical fact. It is also a portrayal that does a complex and driven woman a disservice by reducing her to the limited ‘she-wolf’ dimensions of a stereotypical villainess.

Contemporary accounts present us with a very different Margaret. John Boking described the Queen to Sir John Fastolf in 1456 as “a grete and strong labourid woman, for she spareth noo peyne to sue hire thinges to an intent and conclusion to hir power.” (The Paston Letters, February 9, 1456) Another contemporary letter (Raffaelo De Negra to Bianca Maria Visconti, Duchess of Milan, October 24, 1458) is also couched in admiring terms, presenting Margaret as “wise and charitable…when the wife of the Duke of Petro a Baylito, the king’s son and all the duchesses speak to the queen, they always go on their knees before her.” And “Gregory’s Chronicle” makes it quite clear that Margaret’s contemporaries saw her as the force behind decisions being made around the preservation of the Lancastrian claim, not the frequently ill and always weak King Henry: “For the lordys wolde fayne hadde hyr unto Lundon, for they knewe welle that alle the workyngys that were done growe by hyr, for she was more wyttyer then the kynge . . .”

The Wars of the Roses was a period in which propaganda became recognised as a powerful weapon by both sides, and a later re-shaping of history to meet the pro-Yorkist demands of Shakespeare’s Tudor masters is to be expected. However, xenophobia and misogyny also play a part in creating the myths that have gathered around Margaret.

Margaret’s marriage to Henry VI in 1445 took place as part of one the many peace treaties signed between England and France during the course of The Hundred Years War (1337-1453). The marriage may not have been particularly popular at its start. Margaret was French at a time when nostalgia for England’s past military successes against France, and the power once held there, were being revived in a patriotic wave of ‘Englishness’. She brought no dowry with her and, for the first eight years of the marriage, failed to produce an heir, the prime duty of any queen.

Maternity was one role assigned to medieval queens, the second was intercession, explained by Lisa Hilton in “Queens Consort” as “a means by which ‘masculine’ authority was diverted by the power of ‘feminine’ mercy.” A queen acting as an intermediary on behalf of individuals (or even cities as in the case of Richard II’s wife Anne of Bohemia and London) who had incurred the royal wrath and pleading for clemency allowed a king to change his mind or soften a decision and was a ritualised part of the Queen Consort’s role in medieval England. Intercession, however, requires a strong king and a, publicly-at-least, submissive queen. This situation could not exist under Henry VI as he was frequently incapacitated for long periods by an illness which seems closely linked to narcolepsy and was overly-pious, weak and withdrawn from the business of government during periods of improved health. This symbolic role was therefore made difficult by circumstance for Margaret; it was likely to have been made doubly difficult by her character and upbringing. 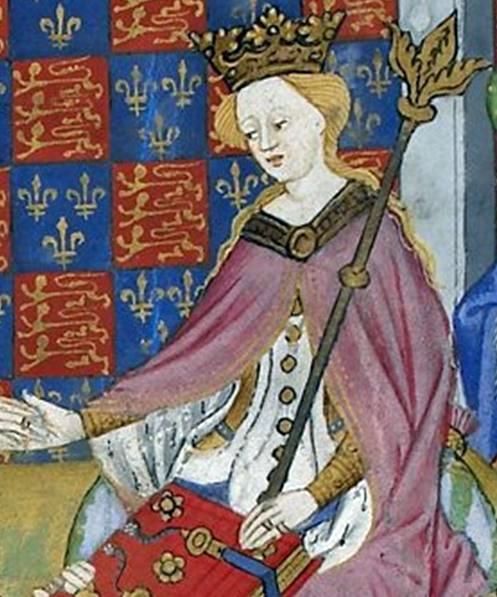 One man’s “grete and strong labourid woman” is another man’s virago needing taming. This was particularly true in England where rule (including as regent) by a woman was not a well-received concept. Margaret’s French upbringing may not have prepared her for this attitude. Her mother, Isabella Duchess of Lorraine, was Queen Consort of Naples and frequently acted as regent across her husband’s lands. Her grandmother (and one of her strongest influences), Yolande of Aragon, was similarly Queen Consort of Naples, frequently acted as regent in Provence and played an active part in Anglo-French conflicts, including financing Joan of Arc’s army. In addition to the women she was surrounded with, the intellectual life of the French Court was far more amenable to discussion of the role of women as valued participants in society. Christine de Pizan’s “The Book of the City of Ladies”, which defended the achievements of women against a number of contemporary misogynistic tirades, is a work an educated girl such as Margaret would have known well.

Margaret of Anjou was not a woman fighting against her place in society. She appears to have played the role expected of her until it became abundantly clear that Henry VI was in no mental or physical state to combat the rising Yorkist challenge. Whether it was the birth of a son or the simple refusal to accept that the throne she had grown to see as her right was gone, Margaret stepped forward to take the reins of power from her husband when he could no longer hold them. The Yorkist propaganda machine sprung into life. Her chief crime appears to have been that she was politically astute and perfectly able to rule in an England that would not countenance her doing so. Her punishment was to be made the scapegoat for her husband’s failings, a not uncommon process of female vilification in the medieval period as Diana E.S Dunn discusses in “War and Society in Medieval Britain”. Margaret suffered both for her nationality – “in the context of civil-war a foreign-born queen might readily be condemned for her malign influence over her husband” and her gender – “she failed to conform to contemporary expectations of queenly behaviour by involving herself in politics.” She also suffered by being on the losing side, allowing her enemies to build a raft of accusations against her, from setting crazed Scots armies on a pillaging rampage through England to beheadings and multiple adulteries. History, in Margaret’s case, is very much written by the victors.

The Margaret myths have persisted across centuries as the Shakespeare portrayal and Yorkist propaganda has been regurgitated by male historians. There are, increasingly, strong rebuttals and anyone with an interest in the subject could do no better than Helen Maurer’s excellent “Margaret of Anjou: Queenship and Power in Late Medieval England”, a key source book for my novel. I found Margaret a complex, difficult but fascinating woman. It is time to leave Shakespeare and the men behind and shine a new light on a queen whose ambition, strength and sense of purpose would surely find far more admirers than detractors in today’s more enlightened England.

Catherine is a Glasgow-based author whose fascination with the medieval period began during a History degree which included studies into witchcraft, women and the role of political propaganda. This kick-started an interest in hidden female voices which resulted in her debut novel, Blood and Roses. The novel brings a feminist perspective to the story of Margaret of Anjou (1430-1482, wife of Henry VI) and her pivotal role in the Wars of the Roses, exploring the relationship between Margaret and her son and her part in shaping the course of the bloody political rivalry of the fifteenth century. Catherine also writes short stories – she was a finalist in the Scottish Arts Club 2015 Short Story Competition – and regularly blogs as Heroine Chic, casting a historical, and often hysterical, eye over women in history, popular culture and life in general. She has been awarded a place on the Scottish Book Trust Author Mentoring Programme to develop her second novel, also a work of historical fiction.

11 thoughts on “Uncovering Margaret of Anjou: A Queen More Sinn’d Against Than Sinning? ~ A guest post by Catherine Hokin”