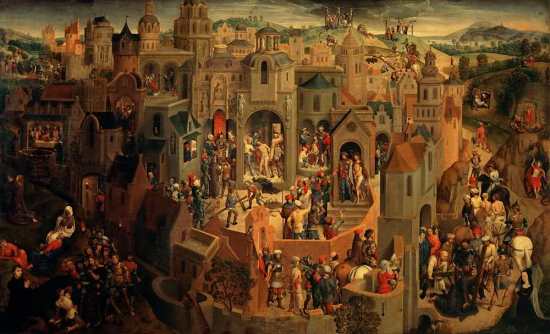 While doing some research on Charles the Bold (sometimes called Charles the Rash), I found an anecdote that was recorded by a chronicler of the time about an ordinary woman.  The story may or may not be true but it is indicative of the perils women had to endure in that era. Charles the Bold was Duke of Burgundy in the fifteenth century. Burgundy was an amalgam of counties, municipalities and provinces. Much of the dukedom included the Low Countries or what is now Holland.

Duke Charles had been at war with King Louis XI of France for many years but in 1469, there was a truce and the Duke was traveling around his realm. His intention was to prove his excellence as a paternal ruler to his subjects. Wherever he stayed, he allowed easy access to his presence and gave generous amounts of his time to receiving petitions from the humblest plaintiffs. The Duke made his way to the city of Middelburg in Zeeland.

Shortly before his visit to Middelburg, the governor, a nobleman and knight, fell in love with a married woman. She indignantly spurned his advances. The governor took revenge against the woman by having her husband arrested and imprisoned on a charge of high treason. The wife was left without a protector but she still repudiated the governor’s advances. Eventually the governor offered the woman two choices. If she would surrender to his advances, he would reward her by releasing her husband from prison. If not, he would have the husband executed as her penalty. She chose to redeem her husband. After she paid the price for the deal, she went to see her husband in prison only to find him dead and in his coffin!

When the Duke arrived, the injured woman hastened to throw herself at his feet, demanding justice. Charles heard her complaint and then promptly sent for the governor. The accused admitted the crime but blamed it on his adoration of the woman. He reminded the Duke of his long standing devotion and loyalty to the Duke’s father and himself and offered any possible reparation for his crime. The Duke ordered the governor to marry his victim. The woman was appalled at the suggestion but her family convinced her to accept the Duke’s decision.

After the nuptials were concluded, the governor again appeared before Charles to declare that the woman was satisfied. The Duke replied frostily “She, yes, but not I”. Charles had the bridegroom sent to prison, shriven and executed within an hour. The bride was summoned to appear at the same prison where she saw her first husband dead and was shown her second husband in his coffin. The chronicler says the woman died from the double shock. Duke Charles, very satisfied with his rigor in administering justice, moved on to Holland.