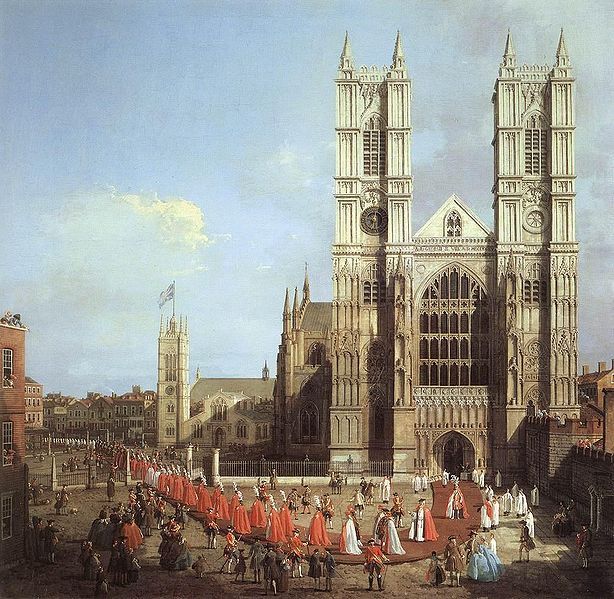 This past year, I was able to finally say I’ve visited the graves of Henry VIII and all of his wives.  In a Tudor circle, the question was asked about where you can see the graves of Tudor and other royalty.  This is a good topic so I thought I would give some hints and tips.

For the most part you can visit graves of royalty in public churches, abbeys and cathedrals with no fees such as Catherine of Aragon’s in Peterborough Cathedral, Arthur Tudor’s grave in Worcester Cathedral, Mary Tudor, Queen of France and Duchess of Suffolk in Bury St. Edmund’s Abbey or Richard III in Leicester Cathedral.  Some may not know that Mary Queen of Scots was buried in Peterborough after she was executed in the Great Hall of Fotheringhay Castle.  The burial site is directly across the aisle from Catherine of Aragon’s grave.  When Mary’s son became James I of England, he had his mother’s remains re-interred in Westminster Abbey, giving her a magnificent tomb which some say eclipses in beauty the tomb of Queen Elizabeth I.  Edmund Tudor, father of King Henry VII is buried in St. David’s Cathedral in Wales.

Westminster Abbey, of course, is the royal pantheon.  Thirty English monarchs are buried here.  It costs about twenty-five pounds to enter the Abbey.  The main tomb is Edward the Confessor at the High Altar.  Edward was the founder of Westminster Abbey.  Around his tomb, you will find the graves of Henry III, who built the current church, Henry V and Catherine of Valois, Edward III and Philippa of Hainault, Edward I and Eleanor of Castile and Richard II and Anne of Bohemia.  Another queen, Matilda of Scotland, first wife of King Henry I is buried here.  Most of these graves have fine effigies.

Anne of Cleves is buried in the Sacrarium, just below the High Altar to the south.  Her tomb is a little hard to see.  You can ask a verger or guide to point it out to you.  Anne Neville, wife of Richard III is also buried in this area.

For Tudor graves, the Lady Chapel, built by King Henry VII is a treasure trove.  There are three areas to this pantheon.  The main chapel has the magnificent effigies of Henry VII and Elizabeth of York, designed by Pietro Torrigiano.  The effigies are surrounded by a grille and all of this covers a large vault where Henry VII, Elizabeth of York and James I are buried.  In the same area is the grave of Edward VI.  There is no monument for Edward, only a plaque in the floor.   Also buried here is Anne, the last Stuart Queen.

On the south side of the Lady Chapel are several Tudor graves.  This is where Mary Queen of Scots was re-interred.  You will also find the graves of Margaret Beaufort, Henry VII’s mother and Margaret Douglas, Countess of Lennox, the daughter of Margaret Tudor.  Margaret Douglas’ son Henry, Lord Darnley was the second husband of Mary Queen of Scots and her grand-daughter Arbella Stuart is also buried here.  Anne Seymour, Duchess of Somerset, second wife of Edward Seymour is buried in this area in a magnificent tomb.

In the Triforium of the Lady Chapel, to the north, you will find more Tudor graves.  It is here that Queen Elizabeth I is buried on top of the grave of her half-sister Queen Mary I.  This tomb has a wonderful marble effigy of Elizabeth I.  In this same area you will find the grave of King Charles II.  And most interesting is an urn, designed by Sir Christopher Wren along the wall.

In 1674, some bones of two children were found during renovations of the White Tower in the Tower of London.  It was believed by Charles II and others that these were the bones of the missing princes, King Edward V and Richard, Duke of York.  The bones were first interred in the tomb of General Monck.  After the urn was finished, it was placed in this chapel in 1675.  Queen Mary II and King William III are also buried here.

If you plan to visit Westminster Abbey, I highly recommend paying 5 pounds extra to see the newly opened museum upstairs in the cathedral.  A special staircase and elevator were built for entry.  The Queen’s Diamond Jubilee Galleries has many funeral effigies and precious items from throughout the Abbey’s history.  You can see a book and a chest that belonged to Margaret Beaufort.  No pictures are allowed in the Abbey or the Galleries.

To visit the site where Anne Boleyn and Catherine Howard were buried, you must pay for entrance to the Tower of London and visit the church of St. Peter ad Vincula.  Access to the church is limited and no photos can be taken.  Many other Tudor personalities were buried here.  John Fisher, Bishop of Rochester, Sir Thomas More, George Boleyn, Jane Boleyn, Thomas Cromwell, Margaret Pole, Countess of Salisbury, Thomas Seymour, Edward Seymour, John Dudley, Duke of Northumberland, Jane Grey and her father Henry Grey, Thomas Howard, 4th Duke of Norfolk and Robert Devereux, Earl of Essex.

Another place to visit royal graves is St. George’s Chapel on the grounds of Windsor Castle.  You must pay to enter the Castle.  If you are lucky, or you are part of a guided tour, you can enter the Chapel.  I’ve had reports from friends that the chapel was closed to visitors.  Edward IV and Elizabeth Woodville are buried here.  The grave of King Henry VIII and Jane Seymour is in a vault under the quire.  The unfortunate Charles I is in the same vault.  The grave of some of Queen Victoria’s family are here as well as the current Queen’s parents.  Also on the grounds of Windsor Castle is the Royal Burial Ground, Frogmore.  Queen Victoria, Prince Albert, Victoria’s mother and many of Victoria’s children are buried here.  Access is limited to a few days a year.

To see Katherine Parr’s grave site, you must travel to Sudeley Castle and pay to enter the castle which is privately owned.  The Castle is in Winchcombe near Cheltenham Spa, a direct train ride from Paddington station, about two and a half hours north of London and a taxi is needed to reach the grounds, about a fifteen-minute ride.  Katherine’s remains are in the small chapel in the gardens.

Tudors Buried in the Chapel of St. Peter Ad Vincula in the Tower of London